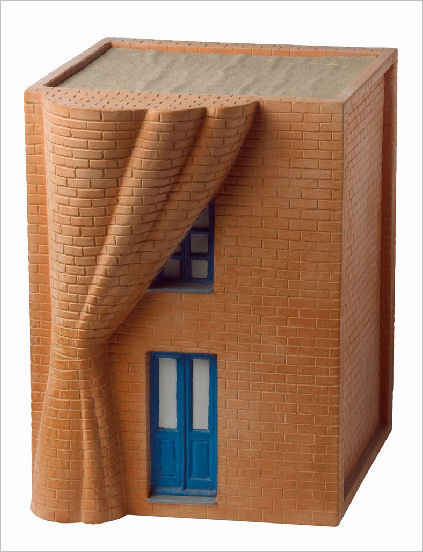 “Terre e Territori” (Clays and Territories) promises to be an extremely interesting and rich exhibition, gathering more than 200 ceramic works signed by a man (and an artist, a designer, an architect, a great teacher, a journalist, a film director …) who stands out for his contribution to Italian Modern Art.

Since the 60’s he has been exploring the relationship between human beings and their environment and how it affects the evolution of the objects they use, the habits they develop, their perceptions of the space surrounding them, their communication.

Fascinated by visual media, be it new technology or traditional handcraftsmanship, La Pietra has used many of them to carry on his researches on everyday objects, to him useful functional tools, but also symbols of a specific decorative culture.

Pottery making has been part of his artistic evolution since the 80’s, when he started to work on the idea of a positive interaction between industrial design and the rich imagery of Italian ceramic craftsmanship. With very interesting results, indeed. 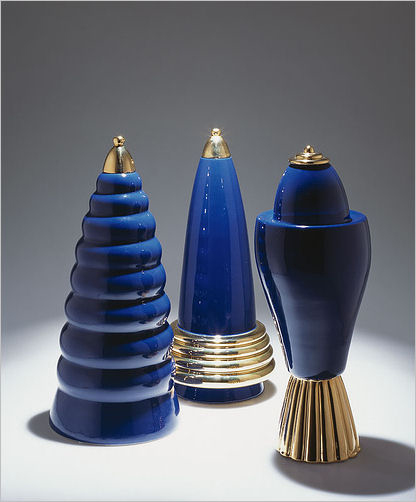 In the section of the exhibition called “Genius Loci”, La Pietra pays tribute to the genius of Italian regional pottery. His works emphasize the regional patterns, the traditional techniques and the differing quality and characteristics of local clays. He redesigned symbolic objects highlighting their cultural peculiarities with his lighthearted, modern and ironic style, his taste for challenge and weird sizes.

He made his pieces in the studios and factories of the best Italian ceramicists, in an open dialogue with their talent and active contribution.
In his pilgrimage through Italy he stopped in Albisola, Brescia, Milano, Imola, Faenza, Deruta, Setri Levante, Vietri, Grottaglie, Caltagirone, Palermo … A path of personal and artistic growth celebrated by each of his pieces and installations, where Modern Art is never at odds with Tradition.

In a pure burst of pride, we can’t help mentioning the fact that La Pietra worked with some of the artists represented in our catalogue: Giacomo Alessi and Antica Deruta. Yes, pride is a sin … but let him who is without sin, ect…

La Pietra’s works – painting, films, ceramics, video art, music pieces, glass to mention but a few – were on display in more than 900 exhibitions all over the world.