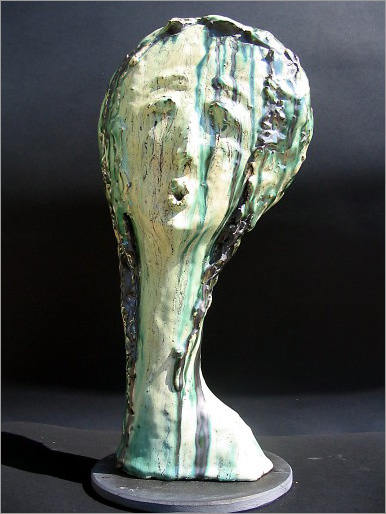 Forty pieces made in the last five years to represent the true engine of our being: women. Essential, elegantly decorated, charmingly archaic women.

Creatively exuberant, expressionist, primitive and, more than everything else, deeply truthful,
Gian Genta is a self made artist who has always, stubbornly, refused academic principles, managing to be faithful only to his own inspiration.

During the Sixties and the Seventies he was part of the prominent group of Italian artists who met in Albisola. Particularly attracted by the works of Sassu, Fabbri e Fontana, he made friends also with Lam, Jorn, Rossello, Salino, Siri, Sabatelli, Bonelli.

His managerial career and his strong political passions absorbed all his energy in the following decades, until, at the dawn of the new millennium he decided to leave politics behind and go for a new start. Quoting from his website: “In the years after 2000 I retrieved the soul of a restless artist who has found in his mature years many things that he still needs to say”. 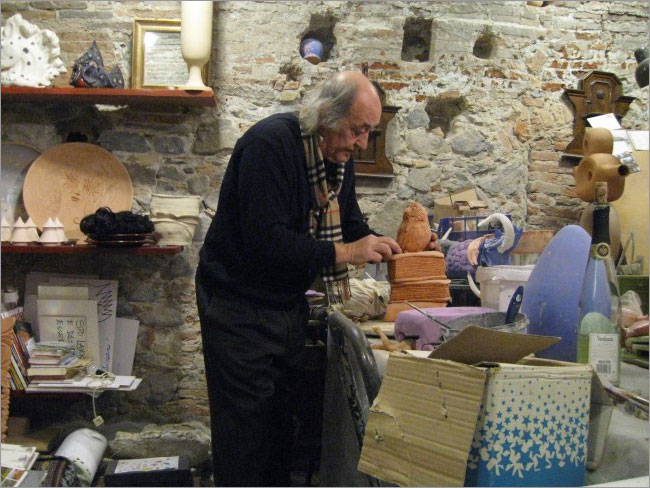 firing in Turi D’Albisola’s studio, where he made heads, busts, statuettes which represent his distinctive point of view on today’s human condition.

As a modern knight-errant he has been working in many of his fellow artists’ studios, his latest hosts being Sandro Soravia and Paolo Anselmo in Albisola.