This exhibition is special in many ways. First. Tasca and Babel are internationally reputed artists, who are constantly adding new meanings to contemporary ceramic art.

Second. It’s hosted in a very cool place. The building that is now the Museum “Fornace Hoffmann” was a former brick plant, where huge kilns baked the clay that was dug in the nearby mines, changing it into building bricks and tiles. The plant closed in the Seventies and it has been recently converted into a modern and spacious exhibition center.

Last, but not at all least, the exhibition puts together two pottery making traditions, Caltagirone and Nove, both representing a landmark in the history of Italian ceramic art. 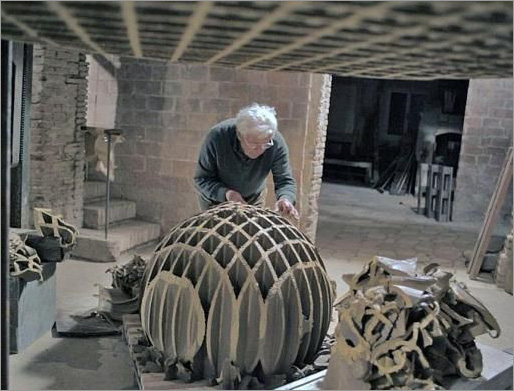 As one of the foremost artists of his generation, Alessio Tasca has produced a complex and diverse body of ceramic works: from the sgraffito plates and plastic groups in the Fifties to the “lobster reds” in the Sixties and, finally, to his most famous extruded pottery.

Since 1967 he’s been favoring fire clay and stoneware that he shapes into large works using extruders. Giving up the use of colored glazes, he has been exploring the pure values of form. In 1972 the Victoria and Albert Museum in London acquired his “Cornovaso” and later, his “Servizio da Caffè”, 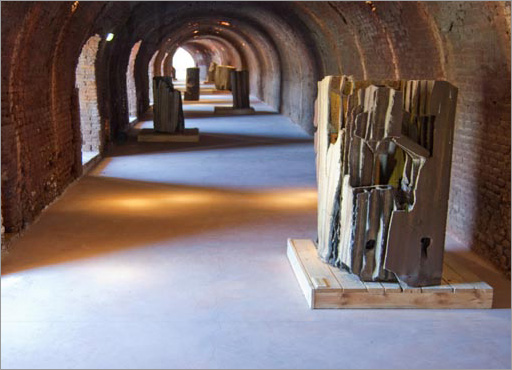 both entirely obtained from a horizontal extruder. In 1978 he met the German ceramic artist Lee Babel. Their affinities evolved into a life-long working partnership. The building of big extruders from the end of the Eighties allowed him to make large sized works, some of them with engravings or xylographic elements.

He has been working and living in Nove for most of his life. 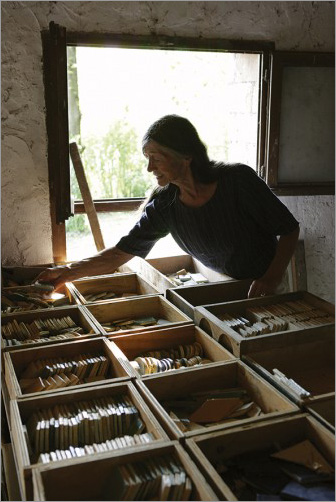 Lee Babel was born in Germany but she has been working in Italy for many years. Her exploration of space is the key elements of her work: using geometric blocks she builds sections of architectural compositions that suggest an implicit poetic structure.

Babel’s personal exploration of space forms the basis for his work, through which she explores her favorite themes: the door that frames the space and the area of life or the wood burning stove that is the catalyst of domesticity.

Her architectural structures often have an inside and an outside. The visitor can “inhabit” the work and choose to delete the distance that usually separates the art from its public.

She has chosen to lend a voice to the spirits of WW2 ruins. Undefeated symbols of the buildings they once were, the bear the signs of interrupted life: empty doors and windows, 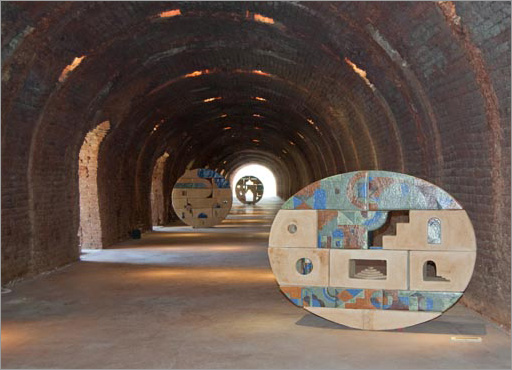 stairways leading nowhere, outlines of walls that used to belong to rooms.
As a tribute to these memories, her glazes are soft and delicate, her architectural sculptures blending with surrounding nature: a sign of hope, a belief in the possibility of a peaceful life.