The Art Deco style developed internationally between the 1920s and 1930s, dominating the architecture and the decorative arts.
It was an eclectic, rich and opulent style, glamorous but at the same time elegant and above all ‘modern’. No wonder then that Art Deco was particularly favored by the modern middle class and lent its esthetical features to new theatres, ocean liners, railway stations, cinema interiors and private houses.

Just like Art Nouveau and Futurism, Art Deco influenced Italian interior and industrial design, fashion design, the graphic arts and, last but not least, Italian pottery, impacting both shapes, materials and decoration. It placed the myth of the machine at its center, replacing symmetries with geometries, and finally making the way for the industrial production. 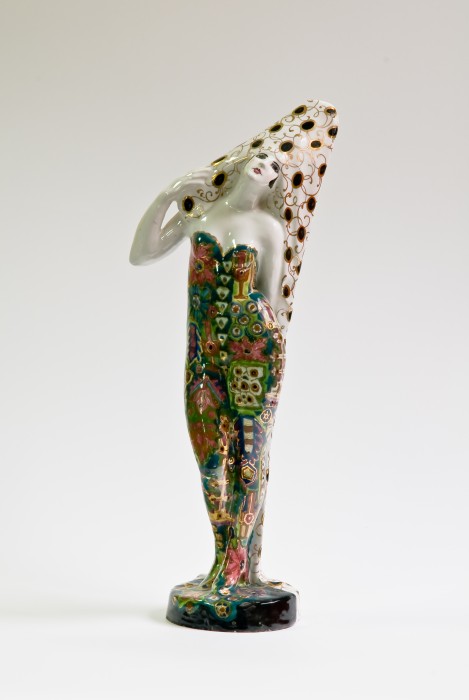 The exhibition arranged at the MIC – International Museum of Ceramics in Faenza – is part of the larger Art Deco project not taking place in Forlì: “The Roaring Twenties in Italy” at the Musei di San Domenico.

The contribution of the MIC to the project will involve showing how the Art Deco style influenced the work of prominent Italian ceramic artists, such as Domenico Rambelli, Francesco Nonni, Pietro Melandri, Riccardo Gatti, Giovanni Guerrini, Gio Ponti and Giovanni Gariboldi for the Richard Ginori factory, Lenci and Rometti.

Whereas the main focus will be on ceramics, other peculiar forms of art will be featured in the exhibition: posters, glasses and metals by Guerrini, xilographies by Nonni, pieces of furniture by Berdondini and Golfieri.

The works of Italian artists will be presented in the International perspective, with Art Deco works made in Germany, France and Belgium.